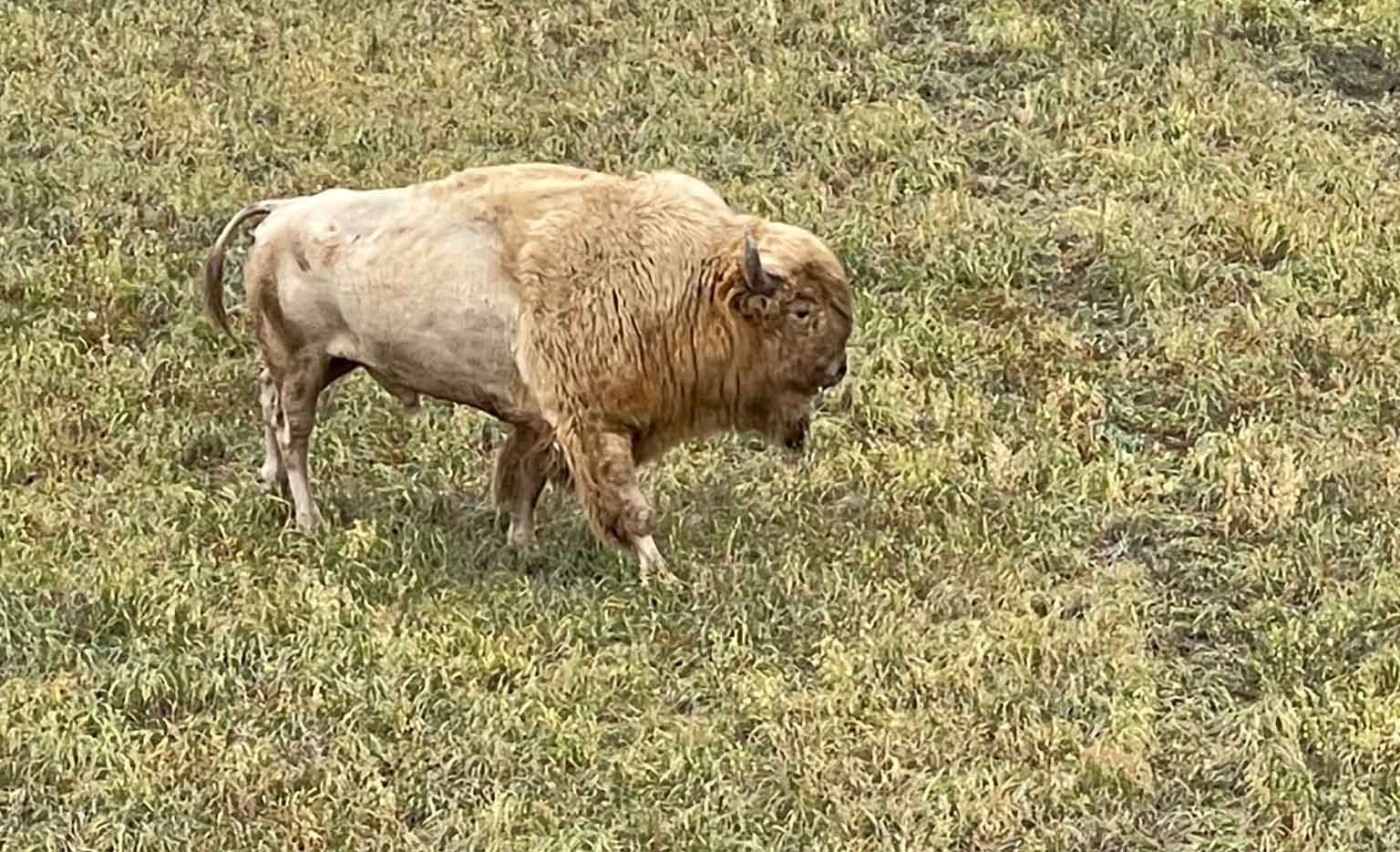 September 30, 2021, Smoky Lake, Alberta – Métis Crossing, Alberta’s Premier Destination for Métis Cultural Interpretation, has entered a joint venture partnership with Visions, Hopes and Dreams. The new partnership establishes the Visions, Hopes and Dreams at Métis Crossing Wildlife Park. The partnership represents an important step towards reconciliation, as these Indigenous and non-Indigenous equal partners collaborate to welcome the return of heritage species to traditional Métis lands. The return of these animals to traditional lands is symbolic of the connection between Indigenous people and the land on which their ancestors once hunted and lived.

“Métis Crossing is the realization of a dream, decades in the making, and this new partnership pushes us one step closer to furthering that dream,” said Juanita Marois, CEO, Métis Crossing. Explaining, “Métis Crossing is a safe place to have conversations about our history as a country and the impact that the development of this country has had on Métis communities over generations. Métis people began with the joining of First Nations and European peoples. Over time our Nation grew in strength and pride. That spirit of mutual benefit, however, was lost for decades. Reconciliation is reviving all people’s commitment to work together. And today, the opening our new wildlife park in partnership with a Len Hrehorets, a non-indigenous partner demonstrates reconciliation in action.”

“Visions, Hopes and Dreams began as a way to provide hope for my family, yet never reached its full potential. The last two years, I have worked with Métis Crossing to develop a partnership to progress this dream to showcase my buffalo to the world. Today, each of us provides important contributions to the joint venture, creating something better than either of us could have achieved alone,” said Len Hrehorets, owner Visions, Hopes, and Dreams.
On September 25, The Visions, Hopes and Dreams at Métis Crossing Wildlife Park welcomed the return of Woods Bison, Plains Bison, White Bison, Elk, White Elk, and Percheron horses to the traditional Métis Lands at Métis Crossing during a private event with Destination Canada, Travel Alberta, Indigenous Tourism Association of Canada, Métis Nation of Alberta officials, stakeholders, and the Crossing’s Board of Directors. The event allowed Métis Crossing and Visions Hopes and Dreams the opportunity to celebrate their joint venture publicly.

“The bison, or “bufloo” in Michif, the language of the Métis, last roamed these hills in and around 1865,” said Métis National of Alberta President, Audrey Poitras. Adding that “through the new JV, we have re-introduced these majestic beasts to their natural habitat. This release allows us to share our culture in an even more meaningful way. We will tour the wildlife park and share stories of our nationhood with all who are open to learn. Reconciliation will take time. It happens through the decisive efforts of individual Canadians to make a better country together. Visions Hopes and Dreams at Métis Crossing is an example of these decisions.”

The historical relationship between the Métis people and bison stems from the bison hunt that brought thousands of Métis people together each spring and fall. Through the gathering of these large communities, the Métis Nation took shape with the development of their own laws, democratic, and judicial systems.

Beginning in late-Fall 2021 visitors to Métis Crossing will have the opportunity to experience the majesty of these animals through interpretive programming and tours. Métis Crossing offers visitors an immersive, hands-on cultural experience told through the shared experiences of Métis people.

Sign up for the Métis Crossing e-newsletter for notifications regarding when bookings will begin.