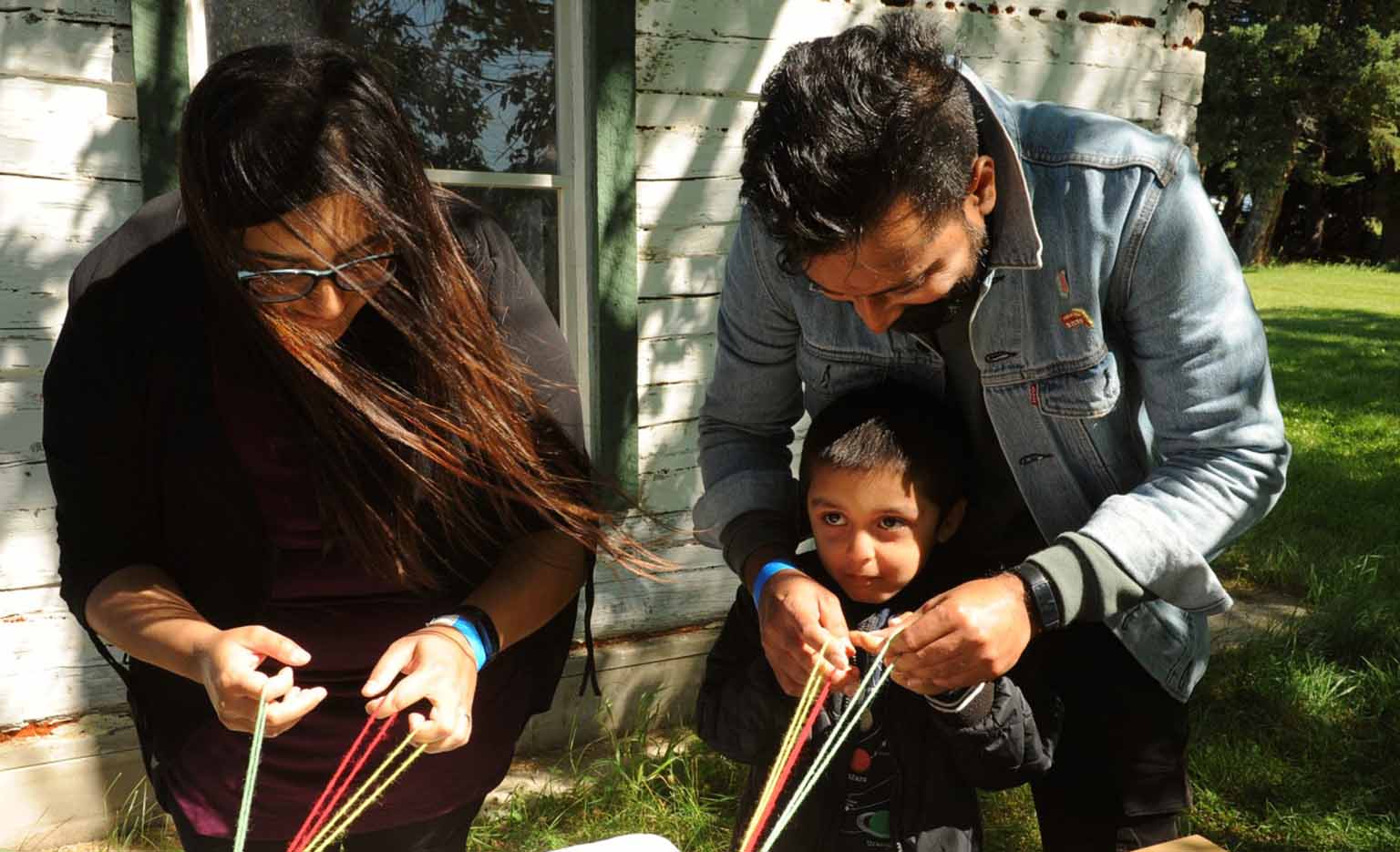 Fingerweaving is a traditional Métis skill that was used when creating the ionic Métis Sash. The Sash is an significant symbol of Métis heritage and often represent special occasions, family ties, and had numerous practical uses. The Sash is one of the most recognizable symbols in Métis culture and was traditionally worn as a belt by Métis people. The Sash was also used for:

These Sashes took hundreds of hours to complete and required incredible skill and technique – in fact, in today’s context, at minimum wage, a sash would cost over $2800.

The traditional materials used for fingerweaving were wool, linen, or for the wealthy, silk.

To learn more about traditional Métis art join us for a traditional art work shop or visit https://albertametis.com/culture/.