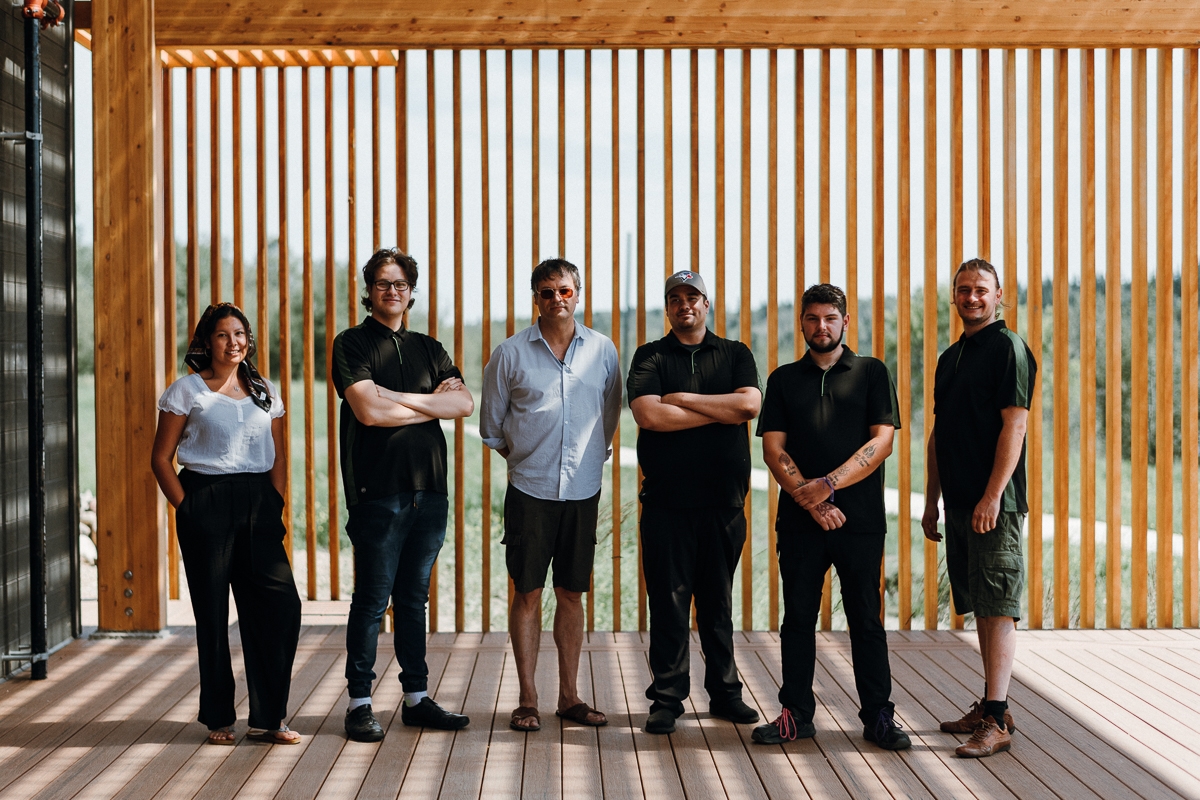 Please fill the form below and we will contact you shortly

Brad Lazarenko is the Culinary director at Métis Crossing. He brings his experience and creativity to the culinary program with a focus on local ingredients. Brad shares his expertise with the rest of our young Indigenous culinary team, and together they create unforgettable meals.

Brad Lazarenko, the Founder and Executive Chef de Cuisine of the Culina Family of Restaurants, is a self-taught Chef with a Métis background. Brad has opened and operated ten restaurants in the last fourteen years.

His first restaurant, a 45-seat neighbourhood bistro called ‘Culina’ (the root word for culinary) opened in Edmonton’s beautiful Millcreek neighbourhood. With excellent reviews, Culina introduced Edmonton to Brad’s philosophy of offering quality and affordable comfort food using products from local suppliers and producers. Culina was also profitable since day one, paying back his initial start-up loan within six months, a rare feat in the restaurant business.

Brad partnered with his sister Cindy and established Culina Highlands Restaurant from 2009 to 2013. Culina Cantina at the Police Headquarters followed in 2011 until 2014. In 2015 Brad opened and operated food service at Victoria, Riverside and Rundle golf courses for three years. Culina Catering has also operated several off-site food festivals including the 2012 and 2013 Edmonton Folk Music Festival, the 2014 Taste of Edmonton Food Festival and have provided a Food & Beverage venue for the bi-annual Royal Bison Craft Fair since 2010. Culina has catered over 100 weddings throughout the city and catered the Premier’s Dinner for the Council of Federation in 2017.

The Dogwood Café was recently voted as one of the best restaurants in 2017 by CBC Radio:
Edmonton’s Best Restaurants 2017 CBC News Posted: Dec 27, 2017 8:00 AM
Dogwood Café at Victoria: “Understated, unpretentious and cozy venue with rock solid comfort food under the direction of Brad Lazarenko. French onion soup, roast beef, duck confit and cheese fondue. Also a great place for Saturday and Sunday brunch.”
In 2012 Culina was featured on Food Network’s “You Gotta Eat Here” and was featured on the Emmy Award winning series “Off the Beaten Path.” Culina Millcreek has contributed recipes and has been featured several times in The Tomato, The Edmonton Journal, Avenue Magazine, and Westworld Magazine. The cookbook, “Edmonton Cooks” by Tina Faiz and Leanne Brown, features Culina Restaurants and Brad Lazarenko with recipes from the Muttart and Millcreek.